The region is a strong retail destination, with urban centers undergoing revitalization, opening opportunities for neighborhood and convenience retail and mixed-use development.

The city of Colonial Heights in the Gateway Region represents a well-established and concentrated retail destination. The city pulls consumers living in the region, but also further than a 30-mile radius from its center. This is due to the fact that some retail needs of the population residing in the areas surrounding the region remain untapped or under-served. The following chart indicates the available retail opportunities within the Gateway Region’s retail trade area (45-mile radius).

Note: The Leakage/Surplus Factor measures the relationship between supply and demand ranging +100 (total leakage) to ‑100 (total surplus). A positive value indicates that there is a leakage of retail sales outside the trade area or that customers residing in the trade area are shopping outside the area; whereas, a negative value indicates that there is a surplus of retail sales or that customers are pulled in from outside the trade area. Contact us for more information regarding retail and/or opportunities for a more detailed-industry level in the region. Sources: ESRI and Infogroup, 2018 data. 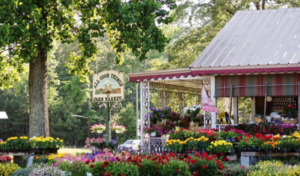 There’s no shortage of interesting sights and character in the region’s most character-rich shopping districts. Downtown Petersburg is host to a diverse selection of shops and businesses in a restored national historic district that routinely serves as a set for the filming of colonial and antebellum era movies and TV shows. Downtown Hopewell is steps from the boating and swimming action on two rivers, and has its own collection of restaurants, shops, offices and apartments and entertainment options like the beautifully restored Beacon Theatre, which attracts thousands each month for music and entertainment shows. Districts have sidewalk-fronting spaces as well as greenfield sites and redevelopment opportunities. 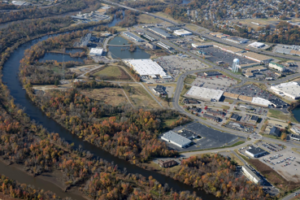 Shopping Malls and Shopping Centers
The traditional shopping experience has a prominent presence in the region with the centerpiece Southpark Mall and surrounding retail center, and additional shopping malls in the region. These malls have had strong and steady sales over the years and serve as retail magnets for department stores. Numerous parcels, outparcels and buildings are available for retail development in key 7shopping locations in the region.

Mixed-Use Centers
A number of mixed-use centers have sprouted up in recent years, often anchored by the most modern grocery stores in the region. Retail parcels and building spaces are currently available in these areas. A number of publicly and privately owned sites are available for new mixed-use centers in very attractive locations adjacent to major employment centers, housing and transportation infrastructure.

Contact Us for location-specific market data and assistance with selecting the ideal location for retail or mixed-use development.