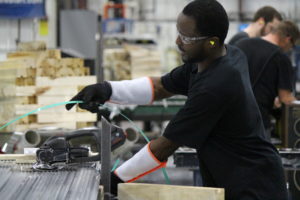 With an excellent highway system and an area commute averaging 25 minutes for as many miles, companies in the Gateway Region have access to a labor force of more than 754,000. This workforce pool is well-prepared and sourced from the entire Richmond MSA, parts of the Hampton Roads MSA and graduates from universities and colleges around Virginia. The diverse economy and strong employer base create a stable economic and workforce environment locally relative to the nation as a whole. Wages are lower than the national average and growing as a result of investment from new and existing businesses, resulting in a 7.3% employment growth (+ 16,500 people) during the last five years.