While 2020 was a year no one wants to repeat, there was still plenty of positive and exciting news taking place in Virginia’s Gateway Region (VGR), and we know that positivity is being carried into 2021. To recap the year, VGR has compiled its social media posts from 2020 which gained the most traction. 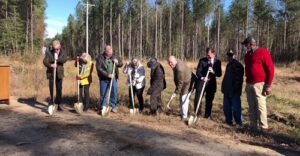 In November, VGR congratulated Sussex County on its Groundbreaking for Gro52! The startup company purchased a 22.5‑acre parcel of land for a pilot project to construct a 17,000 square-foot indoor hemp growing facility. VGR Board Chair Dr. Ted Raspiller, who is President of John Tyler Community College, gives VGR President & CEO Keith Boswell and the Petersburg Economic Development team a tour of the Talley Workforce Center. “We want to be that workforce resource — that’s why the Community College Workforce Alliance co-hired Michelle Rogers with VGR, because that’s how important this is to us.” — Dr. Raspiller

8. Three Brothers’ Distillery Chips In to Help Community During Pandemic During March, in response to the COVID-19 pandemic, Disputanta-based Three Brothers’ Distillery sold alcohol it produces to Walnut Hill Pharmacy in Petersburg, where it’s used to make hand sanitizer to be sold at cost to folks in the region. Stony Creek Pharmacy also stocked the disinfectant, as well as the distillery itself, on-curb.

“When communities collaborate, the result is always bigger than when they try to do it themselves,” said David Reavis, the Distillery’s Founder and President.

In July, Dinwiddie Airport held a ribbon-cutting ceremony in celebration of its four, brand-new Executive hangars on the front row, with primary access to the taxiway and runway. The hangars’ 60 ft. by 60 ft. dimensions make them ideal for single and multi-aircraft fleets.

6. The Future of Site Selection Trends in Virginia and Beyond: How COVID-19 is Shifting Corporate Location Strategy In April, VGR’s new Chairman of the Board of Directors, Dr. Ted Raspiller, President of John Tyler Community College, wrote an op-ed that was published in the Richmond Times-Dispatch on how the Gateway Region was pulling together during COVID-19.

In October, we were excited about Mount-It! joining the successful companies in the Gateway Region! The leading distributor is investing $7.45M to establish its first East Coast warehouse and distribution facility in Prince George County, creating 85 new jobs. In February, VGR won big with Amazon’s announcement that it would be opening a new fulfillment center in the former Ace Hardware facility in Prince George. Amazon’s $21.72 million investment created an additional 150 jobs for the region. 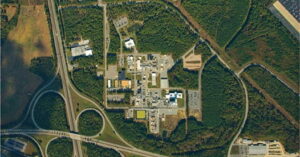 In June, Chemical & Engineering News covered the recent announcement by Phlow Corp. and its efforts to bring advanced pharmaceutical manufacturing back to the U.S.A. and Virginia’s Gateway Region. Petersburg-based AMPAC Fine Chemicals is the beginning formation of a new cluster in the region and Commonwealth.