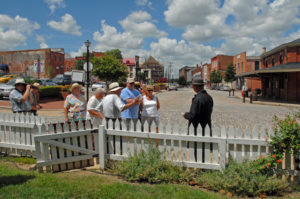 The City of Petersburg consists of 23.1 square miles located just south of the Richmond area. Bordered by the Appomattox River, the city is at the junction of I‑85 and I‑95 and two mainline railroads, Norfolk Southern and CSX. As an important crossroads throughout history, Petersburg is known for its rich historical background, which shines through in the Postbellum and Edwardian architecture widely present in the city’s downtown area. In recent years the city has been a home for many film crews using the city as a backdrop for movies and shows such as Steven Spielberg’s “Lincoln” and AMC’s “Turn.” Petersburg’s downtown continues an amazing revitalization, spurred by growth of nearby Fort Lee and the unique housing opportunities in renovated warehouses and historic homes, and the accelerating activity of local small businesses and entrepreneurs. The city is home to festivals and monthly arts events throughout the year. 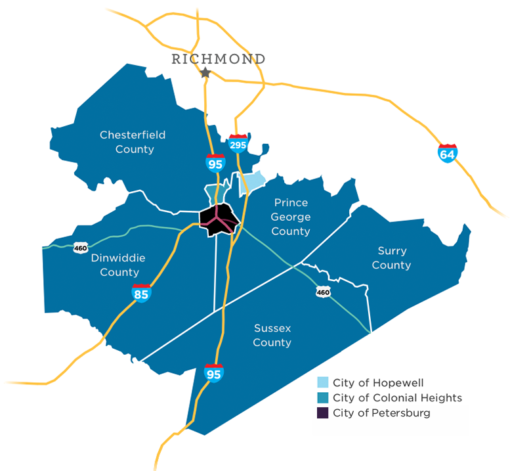