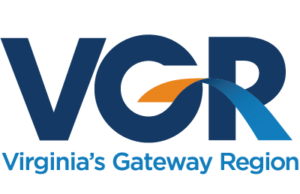 ~ PRSA Richmond Chapter selects VGR for 5 Awards, recognizing the most creative and effective communications strategies and tactics across the Commonwealth. ~

RICHMOND, Va. — Virginia’s Gateway Region has been selected for one “Commonwealth Award” and four “Capital Awards,” recognizing the regional economic development organization’s public relations strategies and tactics in the 2021 Virginia Public Relations Awards. During a ceremony at Lewis Ginter Botanical Gardens on Wednesday, Oct. 6, the Richmond Chapter of the Public Relations Society of America, announced that VGR had received two “Awards of Excellence” and three “Awards of Merit”.

Each year, PRSA Richmond recognizes outstanding PR professionals and their work at the Virginia PR Awards. Over its 73-year history, the Chapter’s awards program has recognized the most creative and effective communications strategies and tactics produced across the Commonwealth of Virginia.

“One reason VGR’s work was selected for these awards is because we are being more attentive to the needs of the Gateway Region — all seven of our localities are being heard, ensuring that the message of our vision, which is to unite the region for economic prosperity, is being delivered to our core audience and stakeholders,” emphasized Keith Boswell, VGR President & CEO.

“Communities benefit from a robust economy and the value which VGR provides for the region and its industries,” explained Dr. Edward “Ted” Raspiller, Chairman of the VGR Board of Directors and President of John Tyler Community College (Future Name: Brightpoint). “It’s imperative that its story is told strategically. These awards complement my appreciation for the caliber of the VGR Team and its consultants, and all they bring to the organization — their expertise is an asset to our mission.”

VGR’s awards are included in the following categories

The Commonwealth Awards recognize exceptional public relations programs and campaigns. The Capital Awards recognize outstanding public relations tactics. Awards of excellence and merit are given in both categories. VGR extends appreciation to the first-class work by its consultants who were involved in producing the content, strategies and tactics that won these awards: JLV Communications, Departure Point Films and Design Visions. 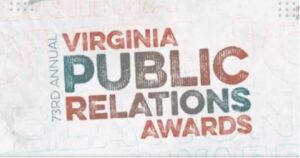 Virginia’s Gateway Region Economic Development Organization is the regional economic development organization that markets the tri-cities of Colonial Heights, Hopewell and Petersburg, and the surrounding counties of Dinwiddie, Prince George, Surry and Sussex. VGR focuses its efforts on new and existing business investment and job creation with the goal of uniting the region for economic prosperity.

The VGR Team wishes you and your family a blessed holiday.

Congratulations to Joy Polefrone! The VGR Team looks forward to partnering with you and the @allianceformed on the future of advanced pharma manufacturing in the region. #VGRpharma

Throwback Thursday to the recent Partnership for Petersburg event with @GovernorVA. Seeing not one but two Cabinet Secretaries in the Gateway Region was great!